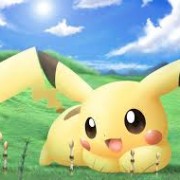 Pokemon Go – a game for mobile devices created by Japan’s Nintendo Company, has jumped to number one for app downloads in the Apple and Android stores. This app is helping to increase traffic and sales for small businesses all over. This is already seeming to become a marketing strategy for major marketing brands including McDonalds.

The game requires users to go search for virtual characters on their phones, and already has been downloaded more than 65 million times in the U.S. a week after launching.  You can roam through this virtual world while the Pokemon pop up on your screen in scattered locations. This app already had more users than the most popular social network apps – facebook and Twitter.

And it is not stopping there. Many stores and restaurants report getting an increase of sales by participating in this game. According to the site Reuters, Linizio Pizza Bar in New York claims to having it sales soar to over 75 percent over a couple of days by allowing the “lure module” feature from the Pokemon game that will attract nearby players to the store. The owner said he only spent 10 dollars to place 12 Pokemon characters at his store. Stores are also classifying themselves as “Poke Stops”, so users of the game can collect Poke balls which increases users power, and the store’s profits.

Major brands like Home Depot and McDonald’s are already playing the game. Many of the past digital marketing methods are being ignored, as Pokemon Go makes room for new ways of marketing to the public. Competition with companies like Foursquare, LivingSocial and Groupon is arising due to Pokemon Go offering “Swarm” coupons and gifts to people who ‘check in’ at places – similar to the marketing of these sites.

Since the launch of this new app, Nintendo has added 10 billion dollars to its networth. Not only has Nintendo made profit, but other third parties can benefit too! As the usage base continues to increase for Pokemon Go, both small and large companies will see a steep increase in their customers. This is also a great idea for large marketing brands to get involved with as well.