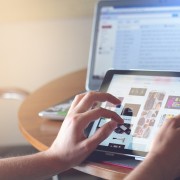 Feature creep is common with a lot of businesses do to the endless possibilities of creativity within a design. However, adding more isn’t always the best for a product and can make things a lot more complicated. When a product becomes complicated, it loses its effectiveness, which in turn loses customers. Customers desire simple yet effective designs, not designs that have so many ad-ons that it takes hours to figure out. When you continuously add to a product past its original scope, this is feature creep. This is the most common way businesses fail with design – when the cost and schedule overruns its result.

Feature Creep Has Been Around For Generations

One example of a feature creep would be with the vintage Swedish war ship Vasa. In 1628, is was built originally to hold 34 canons. However, the builder of the ship decided to make it ornate and very detailed. They added more to create 64 cannons, with additional carvings and sculptures. This ended up costing Sweden 5% of its GNP. Vasa then sank, only on its voyage for less than a mile. The result – the ship sank because of feature creep – its continuous expansion beyond its original plan.

Today, this often happens because features are so easy to add on to products. Marketers think they know what the customer wants, but they end up overestimating and don’t go for the customer’s needs.Believing more is better is a common misconception, and promotes feature creep. In business, products have more features added to them instead of taken away. When a product had features added, it becomes more complex, which costs more money. Many electronic products are returned not because they weren’t working, but because they couldn’t figure out how they worked. Adding ends up having little effect on customer experience, usage and customer service

How to Spot Feature Creep

When you are designing a product, look for signs of feature creep and inform your employees of their feature creep usage. Feature creep is hard to catch because changes often come a little at a time in design, which is why it’s known as feature creep, because it slowly creeps up on you.
Make sure the features are just for customer needs and not for an addition of convenience or to make it look more appealing Every good product that is released needs to not only be asked what should be added to it, but what should be taken away. Finally, make a milestone for the project so you do not add more features to the product. This way, the product targets your customer’s need for convenience and effectiveness.