Many people are having trouble finding their local rankings on Google, and cannot figure out the problem. With Google’s latest ‘Possum’ Algorithm update, your business rankings are not gone, they are just filtered under different words.

This recent update has just affected the ranking in the three pack and local finder (local or Google Maps results). The update was included with reasons being to help control spam, improve rank, and diversify the local results. The main thing that was addressed was Google’s filter for local search results. Based on reports for search rankings, this is the biggest update since Pigeon from the year 2014.

1. Business that are outside the city boundary had a surge in rankings
Before the update, there were businesses that didn’t fall into any city’s boundary according to Google maps. They would have a hard time using keywords for ranking if they were included in a city. Now, the new update has these businesses ranking again, and even have a huge spike in their rank! After the update, many businesses went up about 21 positions.

2. Filters are Done by Address and Affiliation
Profiles were filtered out with a shared number or domain by a local filter based on local results. An example would be a doctor’s office having 4 listings: one listing would be for the doctor’s office alone, and the other 3 would be for 3 of the doctors working there. One of these listings would show up in results and the others would be filtered out. If you search lawyers and 10 lawyers have the same address, one lawyer would show under this address in local results and the rest of them would be filtered out. The update is now filtering out business by the same address or in the same category.

But, it was discovered that normal search results with a filter will filter out businesses, but when you zoom in on the local search forum, you will see all of the filtered listings. According to this article by Search Engine Land, results are filtered on the Local Search Forum, and when you zoom in you can see the Google Results that have been filtered out of the search. The image below will determine just where exactly your Google search results are going.

Not only will Google filter out like addresses in one instance, they filtered out a business that had 2 listings with 2 different business names, different phone numbers different addresses and different websites. Each time, the local search results were different; one listing would show up and the other would disappear. The owner said that these businesses are all in the same building even though their address is different. The business address will change due to the side of the street you enter from. This confirmed that Google results were not just based on the address, but even get more complicated.

Google’s filter in turn is not a penalty, but it picks out the profile that works best with the business. It will not remove listings, but will filter them out much like an organic filter.

3. The Update Makes the Location of the Business Important 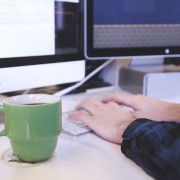 One example of a business down South was they lost their ranking in the 3-pack with the new Google update. They had their main business headquarters in Alabama, but had another one of their businesses in Texas. Since they conducted the search from Alabama, they were seeing different results than they would if they were in their business in Texas.

For their business in Texas, the further you are away from its location, the ranking list would drop and you would zoom out further and further from the map. Their listing, if searched from Texas, would be number one in rankings. But, since they searched from Alabama, it was number seven.

To make sure your business gets the correct results and rankings, set the searcher location to the city your business is located. Bright local makes a tool that lets you change your location.

4. Changes in Keywords are Weighed Heavier than they were Before the Update

The 3-pack results are changing due to slight keyword differences. If you are searching “New York Doctor” or “Doctor New York”, you will get mixed results between these like keywords. Before the update, similar variations of the keyword would deliver the same results.

5. The Local Filter Runs more Independent than the Organic Filter

In the past before the update, Google would filter your website organically, which affected businesses negatively. The new update, businesses are now ranking much higher.

Over the past week, we have seen major changes with the update in Google’s search and rankings. Since search results are often not consistent, and there are a lot of different changes, this may be Google’s A/B testing to try out the best ranking methods.

The filters overall are running well, but Google will continue to look for patterns and bugs within the system.