The Google Partner’s Connect from today was all about how consumers have changed behaviors, which in turn changes the way we do business. Since consumers are in the driver’s seat, companies have to follow their every step in order to efficiently connect with their consumers. Connecting in the digital age is now more important than ever since consumers go digital to decide what to purchase and from where.

Since over 50 percent of the world has internet access, the ever changing times are prompting companies to be more mobile-friendly. Mobile changes everything and gives us power, while keeping us constantly connected. There are currently over 8 billion connected devices from smartphones to smart watches – which are more devices than people on the Earth. In 2020, there will be over 20 billion connected devices, which pressures companies to always be up the latest technologies to communicate with consumers.

Mobile shopping is now more popular than ever and digital shoppers are now representing over 1.8 billion of the entire global population. Consumers are more curious and constantly look up information on Google and Youtube. The phrase “just Google it” has become more known than ever. Youtube is also a platform that companies use to give consumers detailed product descriptions. In the past 2 years, videos with the word “review” in the title had over 50,000 years worth of mobile watch time on just mobile alone. Platforms like Youtube are extremely important to utilize for path to purchase.

Consumer behavior is changing, and we are now seeing the following three behaviors from consumers.

With the age of assistance, there are now more opportunities than ever to connect with consumers. You must make sure item description is up to par – from title descriptions to rich keywords. Reach the right people to your products and stand out with free shipping and promotions during holiday seasons. Use past data from last holiday season to anticipate the upcoming holiday season: anticipate traffic, highlight promotions, have a quick mobile site and use the correct audiences. By creating a seamless shopping experience for our consumers in this digital age, you will be sure to see both sales and efficiency increase.

Below is the Google Partner’s Connect Video if you have not yet seen it today!

Bob Dylan famously penned and sang, “the times they are a changin” in the 1960s and if you had the chance to tune in to Google’s Ads & Analytics Keynote they would say that “the times have a changed again”. Today Google made several announcements regarding their AdWords and Analytics platform based on feedback from advertisers and their own data collection and interpretation.

A dozen years ago everyone was on their desktop computers if they wanted to do some research or look something up on the internet. Today that is certainly not the case with over half of all internet searches occurring on a mobile device- tablet or smartphone- the majority of which originate from a smartphone. And not only are more searches happening on the go but nearly a third of mobile searches are related to location. Maybe Google is right that things have changed, that mobile has revolutionized the way we get our information and when we get our information. We are currently living in a mobile society and there seems to be no slowing down this mobile first world.

What Does it Mean?

Just because the world uses their phones more than their computers to search for things is that cause for a seismic shift in the way that brands and marketers approach advertising? To think otherwise would be a huge mistake, and once again Google has worked to make changes that will be more effective for everyone, both consumers and advertisers. The mobile and desktop user experience’s are vastly different and as such, what appeals to a user of either platform will change. The mobile user is often looking for something specific and actionable when they engage with a business online, in fact, 75% of people who search for a business go there that day. It is this user that can make the most difference and bring about the greatest ROI for a business.

What is Google Doing?

If we are accepting that the world has changed and we now live in a mobile-first society what can Google and advertisers do to become more effective at reaching their audiences? Google has begun to take steps to make it easier to reach and be more effective to mobile audiences. Reaching people at the moment when they want to interact with a business and in a way that makes it easy for them is the goal of Google’s latest set of changes to their AdWords and Analytics platforms. Without spoiling everything that Google is doing some of their major changes include the setup of the ads in Adwords. Headlines will be longer and there will be only one line of description for an ad, instead of the traditional two that everyone has grown so accustomed to. Additionally, the display network ads will look different across different devices, and retargeting parameters will be used to reach new customers with similar attributes. Analytics is also getting an upgrade with a new interface and the ability to work collaboratively with people at the same time. Both platforms are getting upgrades to their AI in hopes of making things more streamlined and easier to find useful information as well as direction. And what update would be complete without a facelift as both are going to have some new features, looks, and styles rolling out through 2016.

I’m sure Google isn’t done just yet, in fact, they probably never will be. But it’s good to know that they are continuing to improve and create a better experience for both their users and advertisers. Whatever their next moves are I’m sure it will surprise and bolster the way in which their advertisers interact with and reach their customers. It bears worth repeating, “the times they are a changin” and it doesn’t seem like that will ever end. 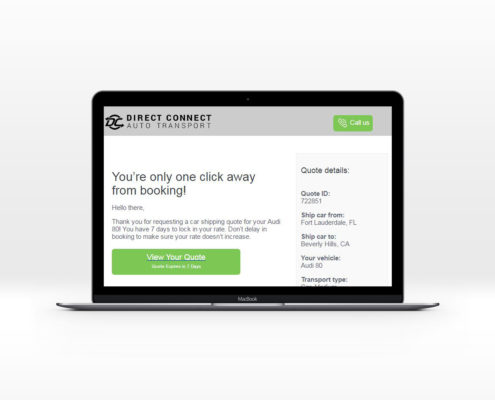